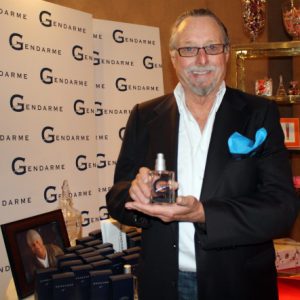 A respected fragrance marketer and leader in the industry, Topper Schroder has crafted and brought to life distinct scents and body care products including Gendarme®, Grabazzi®, the successful men’s fragrance Gendarme V® and an exclusive women’s line, Carrière®. With a loyal following that includes A-List Hollywood celebrities, Schroder’s lines of fragrances are seen in top boutique and fragrance counters all across the globe, competing and outselling other national brands.

But in 1983, Topper was merely a consumer of fragrances and found himself on a quest to find cologne he could wear with pride, but without annoying skin irritation or asthmatic reactions. After searching the department store and men’s counters everywhere without success, he decided to develop a cologne to his specifications. With no professional fragrance background, Topper became a quick study in the art and surrounded himself with expert guidance. While his fragrance mentor was able to make introductions, many at first saw Topper as someone going to a lot of trouble to satisfy a self-defined market of one.

Within a few years, Gendarme was not only a cologne but a full line of personal grooming products which today includes aftershave, skin conditioner, bath bar, shaving cream, and body shampoo. Retail word-of-mouth built a huge celebrity clientele, a national network of more than 1,000 upscale retailers, and impressive national sales through Gendarme.com. 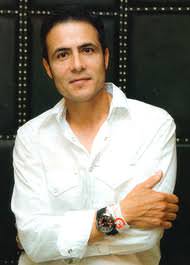 A 20-year veteran of the fragrance industry, Jonathan Risco has successfully taken the Gendarme® line of fragrances and products from just a local California product with a few customers, to a revered must-have item in exclusive boutique stores around the globe.

Jonathan first discovered Gendarme at a local Nordstrom’s while he was a student. To pay for college he began sampling the line in the stores, one of three jobs the full-time student was holding at the time. After graduation, Jonathan accepted a position as a commodities buyer at General Electric but then left the corporate life in 1998 when an opportunity to re-join his friend and businessman Topper Schroeder at Gendarme, this time in an executive capacity.

Nearly at its end, Jonathan’s business and marketing background were exactly what the little company needed. Within a year he had turned the business around into a profitable organization. Expanding, the fragrance that was once considered just a “California cult classic” was then being ordered for high-end department stores nationwide.

2 thoughts on “About Us”

This site uses Akismet to reduce spam. Learn how your comment data is processed.

FREE GROUND SHIPPING ON ORDERS OVER $100.

All domestic orders are processed within 3 business days with an estimated delivery of 2-7 business days once shipped.
*Free shipping only applies to addresses in the Continental U.S.

Find an authorized Gendarme retailer near you.

Join Our Only @ Gendarme Newsletter

Get exclusive deals and updates on our products.